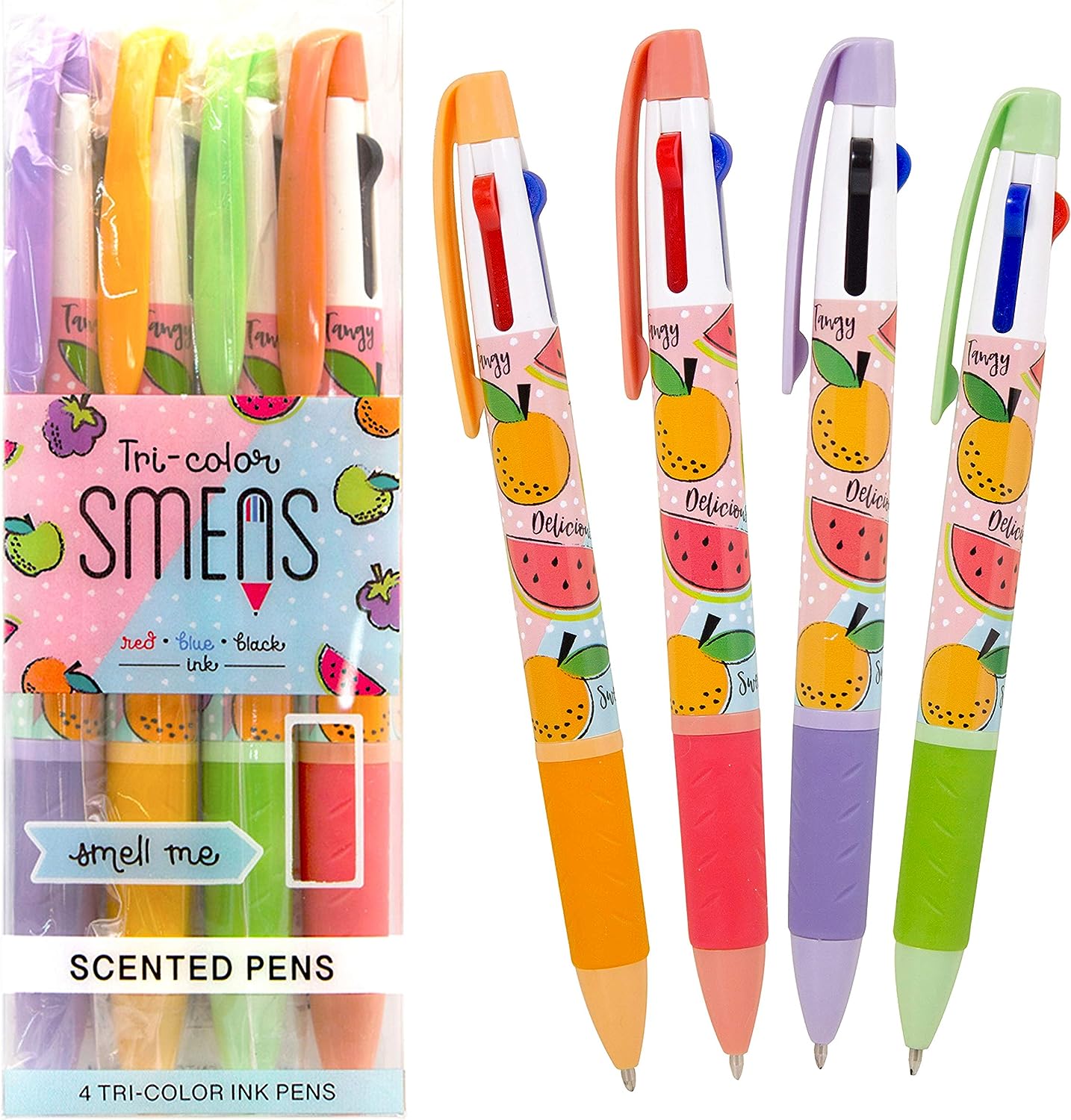 Making the funnest stuff on Earth takes a team of energetic amp; creative individuals who coordinate to deliver quality products that put smiles on the faces of our young (and young-minded) customers, wherever they are.

Do you remember the boring stick pens you used in school? ...when you were trying not to fall asleep in English class? Come on, put some excitement in your day! What does your pen smell like?

Includes 4 tri-color pens with scented grips. Perfect for organization, color coding notes, homework, crafts, and other activities. Each pen has it's own unique scent that will last up to 2 years so your pens always smell great.